Print books from the BCALA x GNCRT: Black Lives Matter Black Literature Matters - Comics Reading List are on display on the 2nd floor. All are available for check-out! 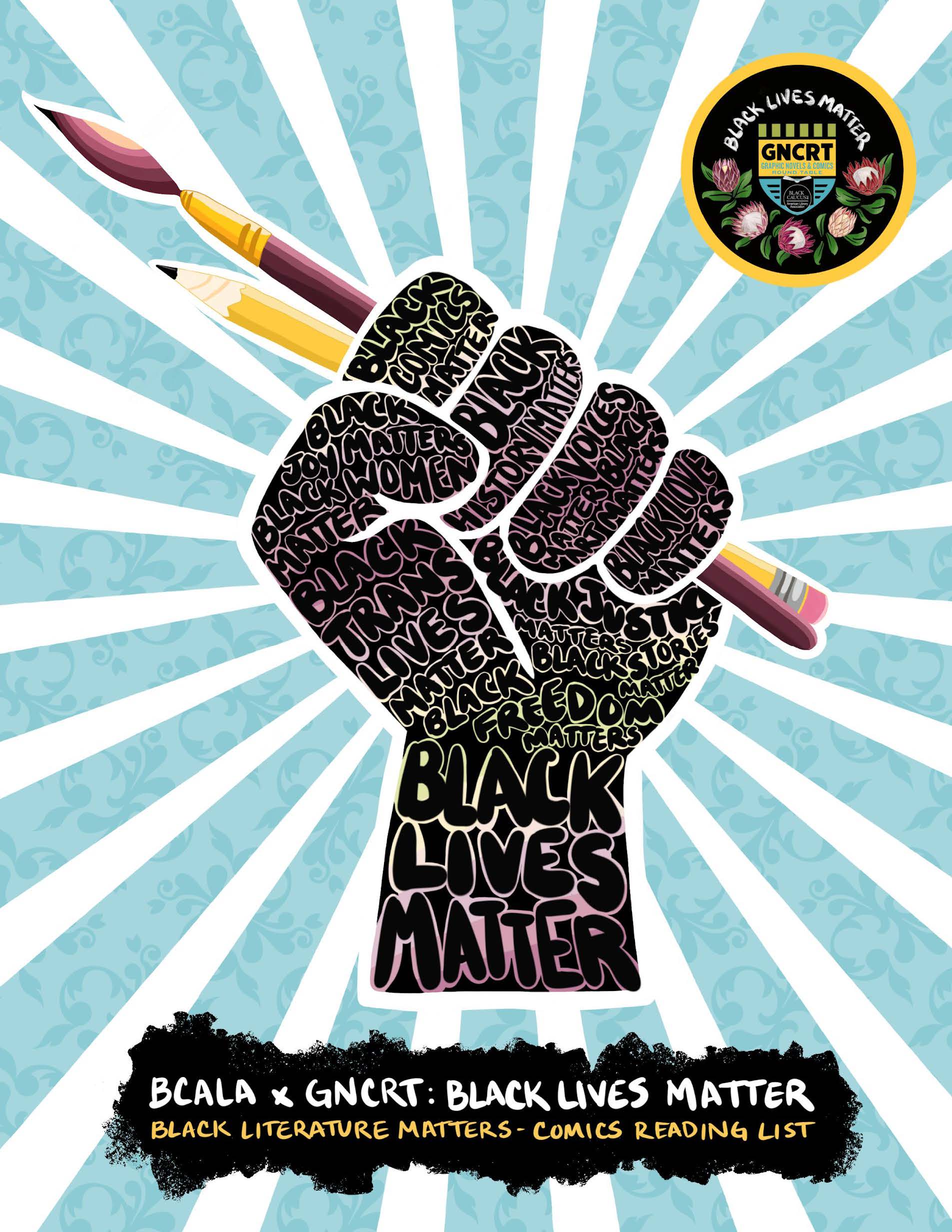 The full BCALA x GNCRT list of 50 comics titles for Juvenile, Teen (YA), and Adult audiences is centered on Black creators, Black stories, and Black histories for all ages. The goal of the list is not to be a prescriptive spectrum of all the subject or format content out there in the landscape of Black stories or comics. Rather, it is a step, another step, towards building collections and conversations that spark hope, demand justice, address erasure, and agitate for learning - using both sides of our brains through words and pictures. Because when ‘Black lives are lost, Black stories are lost’ (Stacey Robinson).

Title must be published sequential art, with one of more of the following elements: