Louisa May Alcott: The Woman Behind Little Women: Extravaganza

ALCOTT EXTRAVAGANZA: LOUISA MAY ALCOTT: THROUGH HER EYES 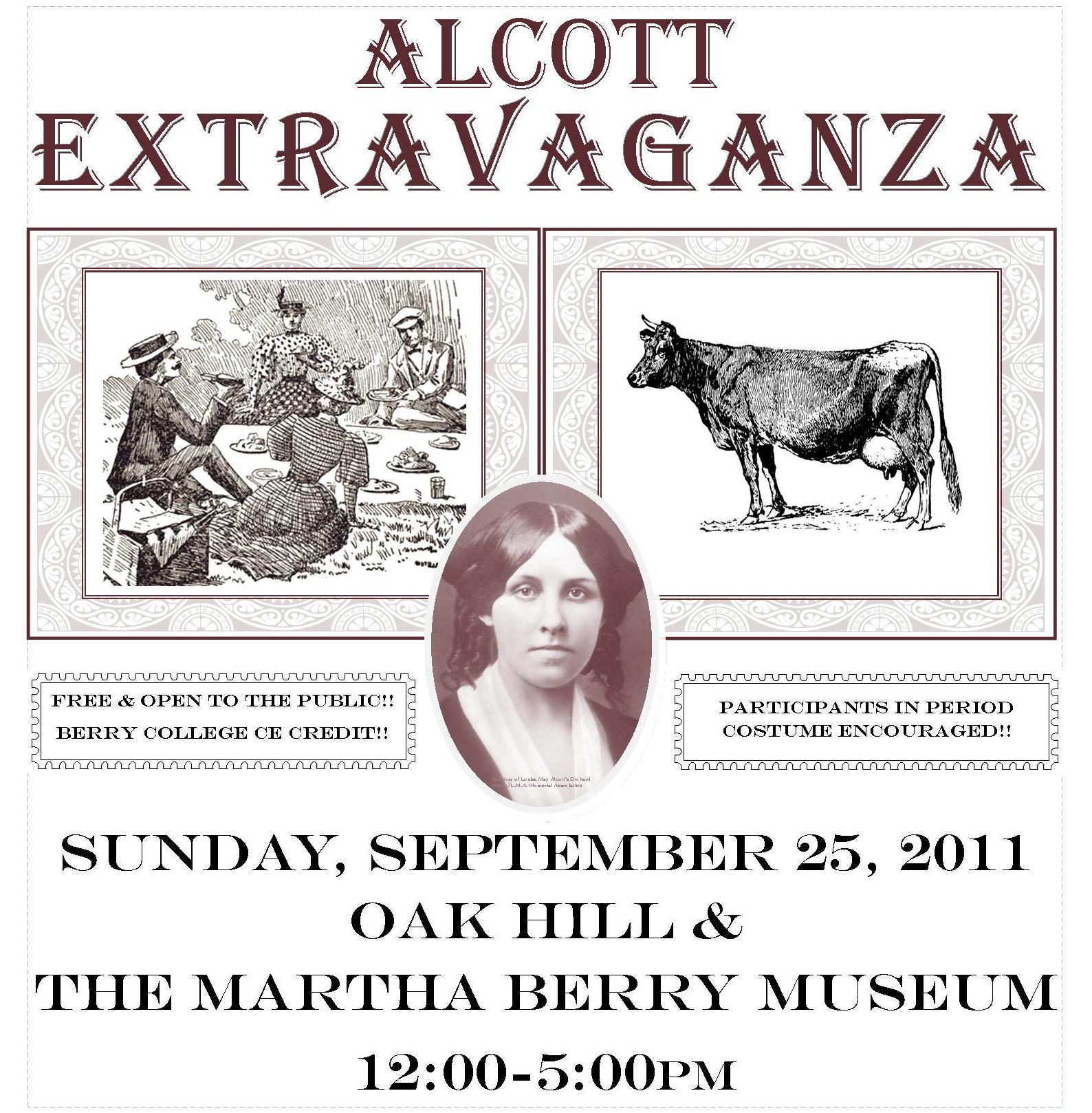 Detailed Schedule of Events and Activities

Sponsored by the Rome-Floyd County Library