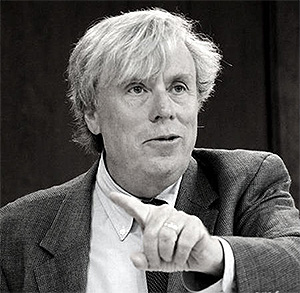 Dr. Peter Augustine Lawler was Dana professor of political science at Berry College in Rome, Georgia. He was editor of the conservative academic journal Modern Age and the prestigious scholarly Perspectives on Political Science. A prolific author, Dr. Lawler published countless books, essays, articles and lectured at colleges and universities throughout the country on topics ranging from the political thought of Alexis de Tocqueville, bioethics, contemporary American politics, Walker Percy and Flannery O'Connor, the crisis of higher education, and popular culture. In his writings, Dr. Lawler perfected in a seemingly effortless way the ability to present complex ideas and incisive analysis in a clear and accessible style. His most recent book, American Heresies and Higher Education, is a trenchant critique of the problems faced by higher education and an insightful recommendation to students and professors of ways to counter the negative trends in education.

Present in all of Dr. Lawler’s work was the fullness of his Catholic faith and its intellectual tradition. His scholarship affirmed the vital relevance of our classical inheritance and the reality and goodness of the present world while also acknowledging that our true home is in the world to come. In his book Postmodernism Rightly Understood he argued that the rejection of the modern conception of truth allows for a return to the Catholic Thomistic philosophy that reveals for us how reason points beyond itself to the divine.

Dr. Lawler received a bachelor's degree from Allentown College (now DeSales University) and pursued graduate studies in government at the University of Virginia, where he earned his Ph.D. He quickly established himself as a dedicated and dynamic teacher. As Berry College president Stephen Briggs noted in his message to the college, Dr. Lawler was a “vital member of the Berry community and a devoted teacher.” His courses on political philosophy, American political thought, and constitutional law were among the most popular courses at Berry. The college recognized his teaching and scholarly excellence by granting him the Mary S. and Samuel Poe Carden Award as well as naming him a Dana professor.

Dr. Lawler received numerous external awards as well, most notably in 2007 the prestigious Richard M. Weaver Award for Scholarly Excellence. He was also named the George Washington Distinguished Professor of the American Founding by the Society of the Cincinnati.

Dr. Lawler will continue to have a profound and lasting influence on his colleagues and students. He was actively involved in the life of the college, serving on important committees and also being a key mentor to many a junior faculty member. He was especially noted for his tireless efforts on behalf of his students, who were deeply inspired by his teaching and mentorship. His love of Berry, especially of his students and their openness to intellectual inquiry, was obvious to all. Many of his students pursued academic careers and are currently professors of political philosophy. But whether his students entered the academic world, public service, or business, all recognize with deep gratitude the formation, both intellectual and moral, that they received from this extraordinary teacher and scholar who upheld virtue and shared with his students and friends all that is good in the world.

Aliens in America: The Strange Truth about Our Souls

Postmodernism Rightly Understood: The Return to Realism in American Thought

The Restless Mind: Alexis de Tocqueville on the Origin and Perpetuation of Human Liberty

The Science of Modern Virtue: on Descartes, Darwin, and Locke

Stuck with Virtue: The American Individual and Our Biotechnological Future