Louisa May Alcott: The Woman Behind Little Women: Publicity

Oak Hill and The Martha Berry Museum will host a day-long festival Sunday (Sept. 25) taking visitors into the world of Little Women author Louisa May Alcott.

Alcott Extravaganza: Louisa May Alcott: Through Her Eyes will be from noon to 5 p.m. and is free and open to the public.

Louisa May Alcott is recognized around the world for her novel Little Women; however she was also a bold compelling woman who secretly wrote sensational thrillers. She lived at the center of the Transcendentalist and Abolitionist movements, and served as a Civil War army nurse.

Programs include a special appearance by Alcott (played by Berry College student Alison McIntosh) and tours of Oak Hill, a petting zoo, quilting and weaving demonstrations, lectures by local professors, nature walks and more. The 8th Regimental Band, a recreation of a town band from the 19th century, will perform at 4 p.m. wearing Union and Confederate uniforms and playing original 19th century music on authentic instruments. Harvest Moon restaurant will recreate a 19th Century-inspired market as well with food available for purchase. At 8 p.m. the 1994 film adaptation of Little Women will be shown on the museum lawn.

“Our re-enactors will be in period dress. We hope to be recreating a little bit of the 19th century in the middle of Floyd County,” said Sherre Harrington, organizer of the event and Berry College Memorial Library director.

The programs have been developed in conjunction with Louisa May Alcott: The Woman Behind Little Women, a documentary film co-produced by Nancy Porter Productions, Inc. and Thirteen/WNET New York’s American Masters, and a biography of the same name written by Harriet Reisen. Louisa May Alcott programs in libraries are sponsored by the American Library Association Public Programs Office with the support of the National Endowment for the Humanities.

For information on the entire program series and links to free copies of some of Alcott’s works that will be discussed, please visit “Berry’s Got Louisa” at libguides.berry.edu/gotlouisa or www.facebook.com/BerrysGotLouisa, or call 706-236-1739. 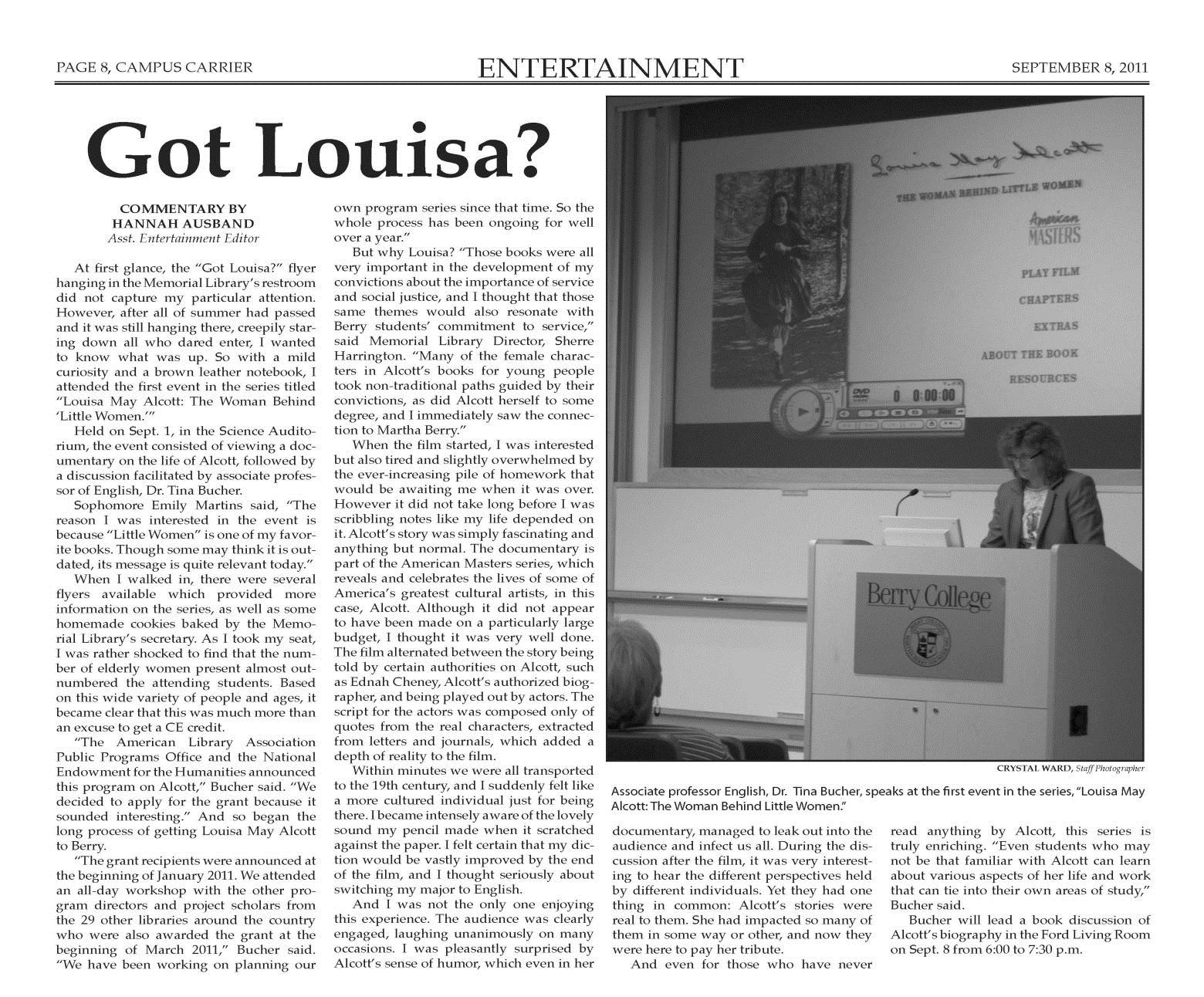