Memorial Library invites all members of the Berry College community to come explore our vibrant physical and virtual spaces. All our collections are designed to reinforce the efforts of students, faculty, and researchers from across the college curriculum. Our accessible staff is always ready to help wherever possible, from research support to technology lending, from information literacy instruction to interlibrary loans. Promoting academic freedom and constructive dialog, fostering intellectual growth and creative expression, providing the tools for learning, teaching, and scholarship - this is Memorial Library, and this is your space.

Our 47,000+ square foot building includes more than 400 individual study seats, as well as comfortable group study areas, cozy study nooks, ample space for physical collections, and a coffee shop. The Sandbox, a technology-enriched learning space; the Active Learning Classroom; and the Library Classroom are available for reservation and open study. The building is also home to the campus Writing Center, the Berry Information Technology Students Program (BITS) and a commons space for the college’s peer tutoring offices and the Honors Program.

Library collections include print materials, electronic books and journals, databases, and materials in a variety of media formats. Librarians and faculty work closely together to develop collections to serve the needs of the Berry community. In addition to over 600,000 physical volumes, hundreds of thousands of journals, ebooks, databases, and digital media are available through the online catalog. Memorial Library provides access to over 200 subscribed electronic databases, a combination of resources licensed directly by the library and made available through the library’s membership in the GALILEO (GeorgiA LIbrary LEarning Online) statewide consortium. As a selective member of the U.S. Federal Depository Library Program, the library's collection also includes thousands of government documents, both electronic and print. The College Archives houses the official records of the college, the Martha Berry Collection (the correspondence, speeches, and writings of the institution’s founder), and materials that document the life and history of the institution. The Martha Berry Digital Archive Project, begun in 2011, aims to digitize and expose for public and scholarly use the Martha Berry Collection. Berry College students, faculty and staff have access to a wide range of additional materials through interlibrary loan. 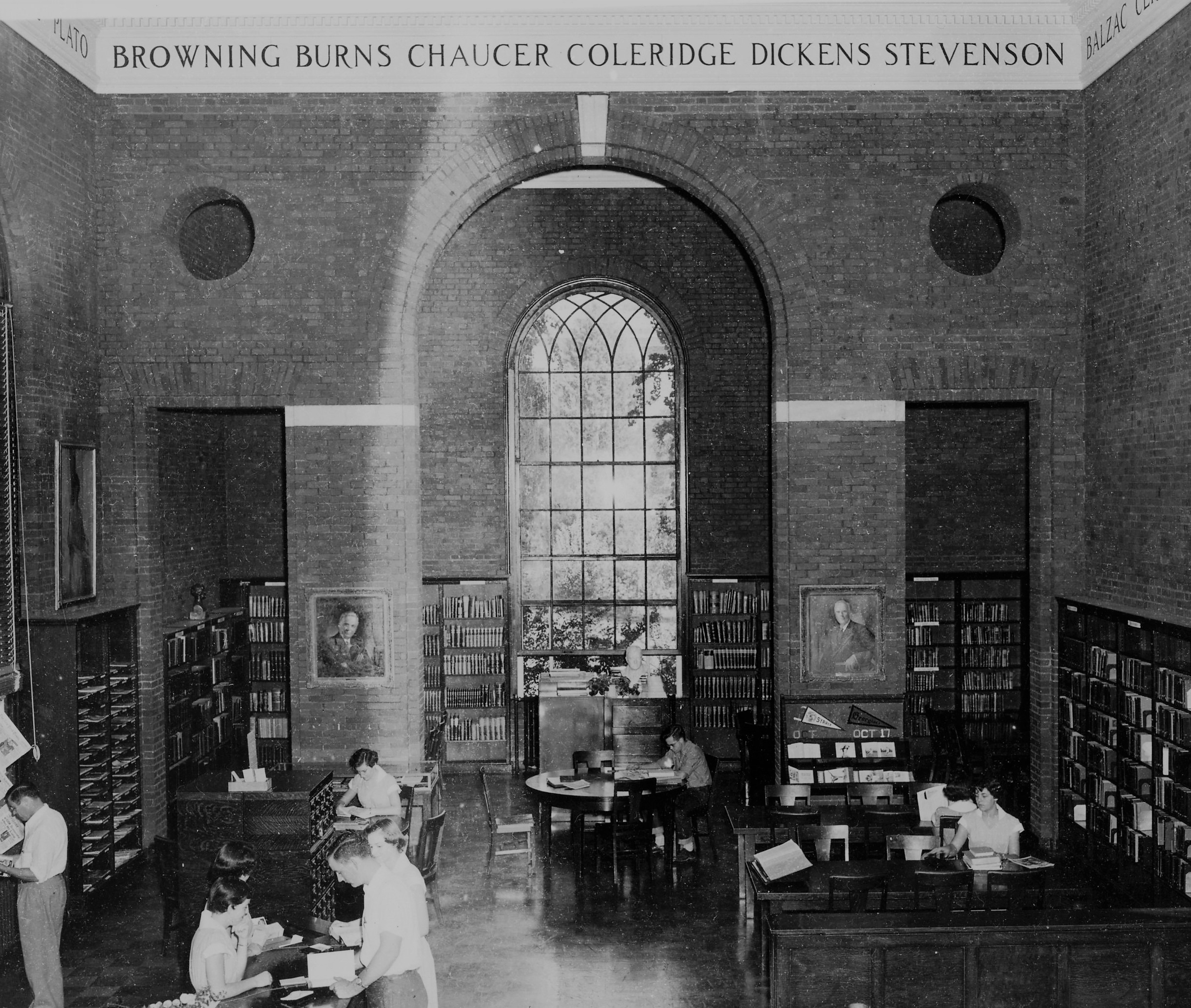 Memorial Library combines the old and the new. The oldest part of the library - the front section facing east - was first opened in October 1926. Kate Macy Ladd, an early friend of Berry, gave this part of the building and an endowment for its upkeep. The gift was a memorial to her sister-in-law, Elizabeth Carpenter Macy, wife of V. Everit Macy, another friend of Berry and a trustee from 1909 until 1915. Early photographs present the building as “Macy Memorial Library.”

The central portion of the library is an addition constructed in 1956-57. Given by the Max C. Fleischmann Foundation, it was named the Sarah Hamilton Fleishmann addition. Max C. Fleishmann was a long-time friend of Martha Berry. The addition was designed by Cooper, Barrett, Skinner, Woodbury and Cooper of Atlanta, and built by J.P. Roberts & Sons, Contractors, of Rome.

The library was extended again in 1976 with the addition of 4,000 square feet for book stacks. In January 1987, the trustees approved plans submitted by Buckley and Associates of Swainsboro, Georgia, for renovation and expansion. The 1976 addition was removed and a new section added, increasing the library to more than twice its previous size. Hubor Construction Company of Texas did the major portion of the construction; Berry’s physical plant department in 1988 completed interior finishing work. The dedication ceremony was held in May 1989. The added space provided new areas for the physical collections, the archives, a classroom, group study rooms, and an elevator.

For each of the additions, the three tall, arched windows that were installed in 1926 were carefully removed and reset in the new west wall, providing a clear view of the College Chapel.