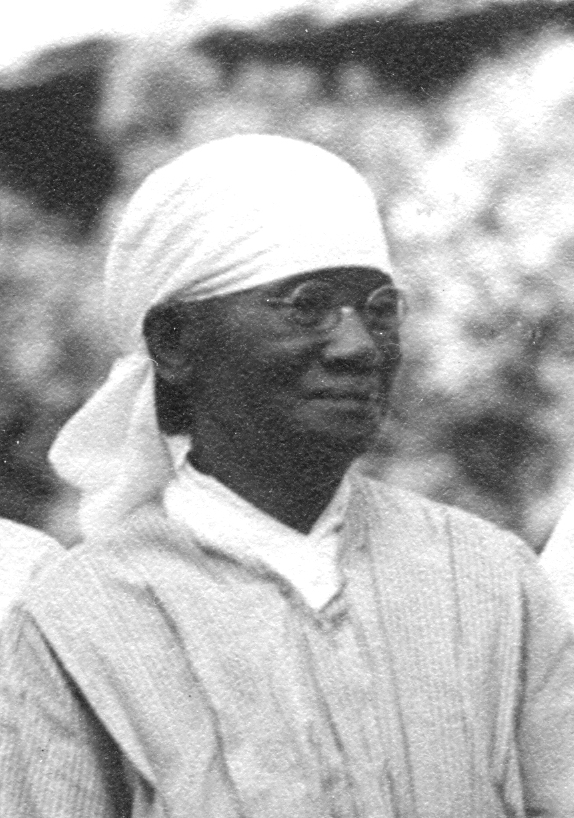 Martha Freeman, by her own account born as an enslaved person, became a servant in Martha Berry's home and an influential person in the life of Miss Berry, her family, and students at the Berry schools. After the death of her husband Enoch Freeman, a carriage driver for the Berry family, Martha Freeman moved to a cottage at Oak Hill, the Berry family home. After Martha Berry died in 1942, Martha Freeman continued to live in the cottage until she died in 1951. She is buried near the college chapel.

The earliest source that gives reliable information about Martha Freeman is the 1900 US Census, which lists her and three other Black men and women as servants in the home of Thomas Berry.[1] This is actually Mrs. Thomas Berry, Frances Rhea Berry. Thomas Berry died in 1887. Thomas and Frances’s daughters Martha, Laura, and Frances, as well as their son Thomas, are also enumerated as members of the household in Rome’s 919th Militia District. In this Census, Martha Freeman is listed as age 45, born in Georgia in May 1855. Described by the census enumerator as a “house girl,” Martha Freeman cannot read or write, is the mother of seven children, two of whom are living, and a widow who was married for 20 years.

A record that appears to relate to this Martha Freeman is a listing in the 1880 US Census for Enoch Freeman and his wife Martha[2]. Enoch Freeman, 45 (therefore born in about 1835), works on a farm, is able to read and write, and was born in Georgia. This Martha Freeman is a 40-year-old laundress (approximate birth year of 1840), unable to read or write, born in Georgia. The couple lives in Rome’s 919th Militia District, Rome city.

Martha Berry’s sister Frances Berry Bonnyman wrote about Martha Freeman that she “was not one of my father’s slaves … she was grown, perhaps in her late teens, or early twenties, when set free. She used to tell us she was grown when the ‘Surrender’ came.”[7] Berry graduate Geneva Jarrett, in a 1988 interview stated that “Aunt Martha …said she came to live with the Berrys when Miss Berry was two years old and Aunt Martha was sixteen.”[8] Martha Berry was born in Alabama, but the family moved to Rome shortly after her birth. Her father Thomas Berry first purchased property in Floyd County in July 1866. If Jarrett is correct, Martha Freeman would have begun working for the family around 1867. In the 1870 census, the Berry family is Thomas, a grocer, Fannie (Frances Rhea Berry), Jennie, Mattie (Martha), and Bessie. Servants living with the family are Kittie and Mary Edwards, along with two young children, Georgia and Minnie Edwards. Thomas Berry bought the family home, Oak Hill, in July 1871. No servants are shown living with the Berry family in the 1880 census.

Bonnyman provides confirmation that the couple in the 1880 census is likely correct: “Uncle Enoch, the carriage driver, was Aunt Martha’s husband. They lived in a small two-room cabin on what is now a part of the front campus of the Berry School. My father had given this property fronting on the Summerville Road [now the Martha Berry Highway] to Martha Berry and she donated it to the School.” Bonnyman’s account of Martha Freeman’s children is at least partially consistent with the 1900 census: “Her daughter, Frances, died in child-birth, as did the child. She had been named for my mother. One son, Burrell, ran away from home and was murdered on a railway job in Alabama. Simon, the eldest son, was a house-boy for some time at Oak Hill. Upon a recommendation from my mother, he secured a good job as a butler in Chattanooga.” After Enoch Freeman’s death “She moved into what had been the ‘Schoolhouse' … there she lived until her death.”