Skip to main content
It looks like you're using Internet Explorer 11 or older. This website works best with modern browsers such as the latest versions of Chrome, Firefox, Safari, and Edge. If you continue with this browser, you may see unexpected results.

A starting place for the Berry community searching for resources on racism, antiracism, white privilege, allyship, and antiracist pedagogy.

What resources would you like to see added to this guide? Submit your suggestions through this form.

"Civility” and “politeness” are tools that most often protect and serve the most violently powerful people in our society. Telling the truth about a person's acts and deeds is not uncivil or impolite, but even if it were, civility and politeness are not the highest moral good. – ER Anderson, Charis Circle 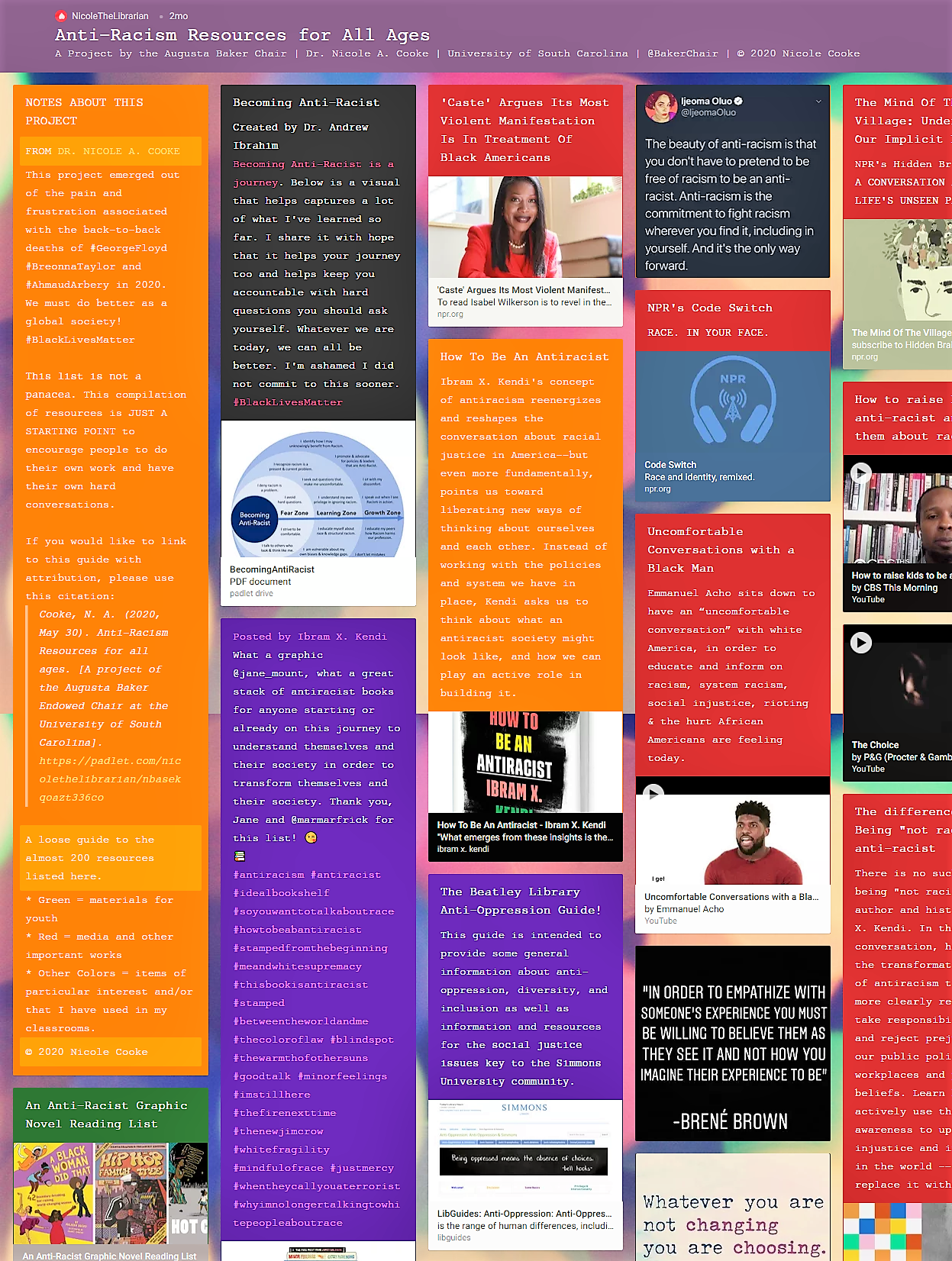 Anti-Racism Resources for All Ages

This project emerged out of the pain and frustration associated with the back-to-back deaths of #GeorgeFloyd #BreonnaTaylor and #AhmaudArbery in 2020. We must do better as a global society! #BlackLivesMatter This list is not a panacea. This compilation of resources is JUST A STARTING POINT to encourage people to do their own work and have their own hard conversations.

A Project by the Augusta Baker Chair | Dr. Nicole A. Cooke | University of South Carolina

Foundational Reading: the History of Racism in the U.S.

The Legacy of Segregation