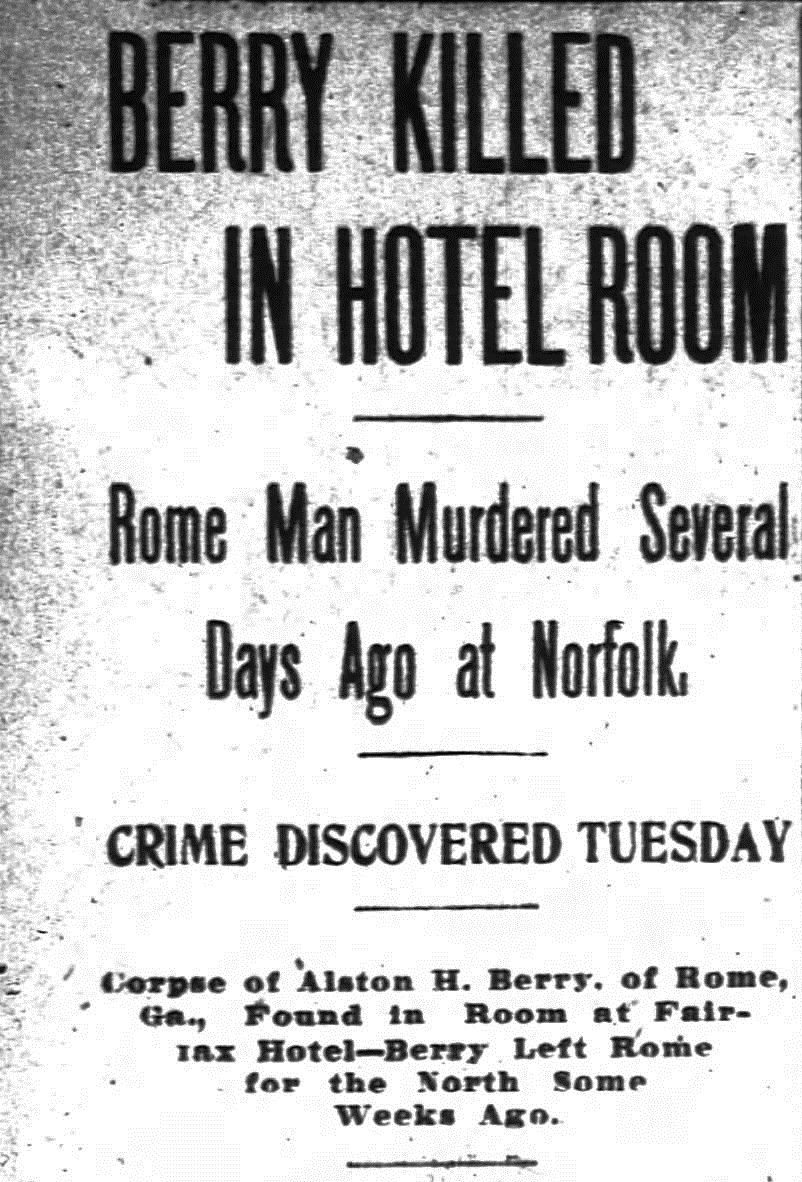 According to newspaper accounts of the time, Bose Berry was brutally murdered in 1907 in a hotel room in Norfolk, Virginia. Alston H. “Bose” Berry was born around 1874 in the Rome, Georgia area, the son of George Berry. Bose was a professional gambler, a wealthy man, and an avid traveler.

Newspaper articles from the time of his death state that Bose Berry had been traveling in the New York area doing some gambling before deciding to visit the Jamestown Exhibition in Norfolk, Virginia on his way home to Rome. His body was found brutally mutilated in his hotel room at the Fairfax Hotel in Norfolk on the afternoon of October 22, 1907, several days after the murder took place. The police determined that the motive was most likely robbery, as Berry was known to carry large amounts of cash on his person in addition to wearing diamond jewelry. The murderer was believed to be a gambling partner Bose met while in Norfolk who, after the murder, escaped via ship to South America. Although T. Clayton Felker, of Dalton, Georgia, was suspected of the crime, he did not stand trial and the murderer was never found.