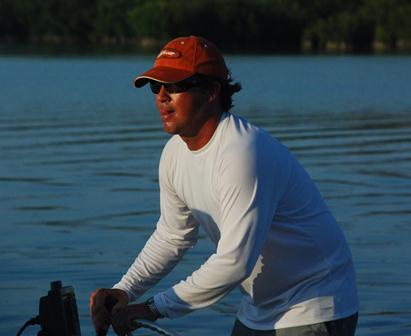 Dean Burton started fly fishing in 1988; fishing the Wind River Range. His first fish on a fly was a California Golden Trout and he has been hooked ever since. He began guiding in Jackson Hole in 1995 and then in Key West in 1999.

Dean loves to fish and guide and while easy-going, he is also hard working and is always working to get his clients on fish. He guides from March to June in Key West and in the Jackson Hole/Snake River from July through October. He has been a guide in the One-Fly Contest and assisted ESPN on The Great Sportsman in 2002.