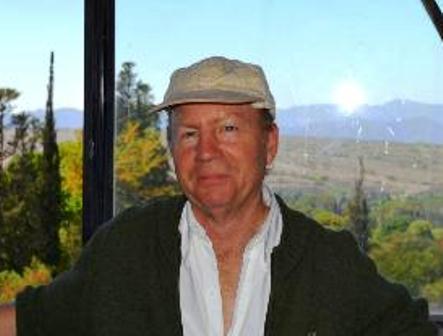 Twenty-eight years ago, John Johnston was a backpacker from Alabama, travelling around South America with half an eye open for a haven that he could refurbish as a stylish lodge and restaurant. While in Salta, Argentina, he heard about the old “Italian castle” in San Lorenzo a few kilometers outside town. John duly acquired the property and with his Chilean partner Maria renovated the place, first as a restaurant and later refurbishing the bedrooms to open as a hotel.

El Castillo was built some 100 years ago by an Italian gunsmith called Don Luigi Bartoletti as an extravagant summer holiday home. He acquired the site by means of marriage to a wealthy woman from Salta. . It was an expensive undertaking – an architect was brought in especially from northern Italy to direct the work. Stones had to be brought in by mule for the construction and dynamite was used for the first time in Salta to excavate the foundations. In the end it nearly ruined Bartoletti and sadly in the early part of the 20th century, the house was abandoned and became derelict.

Today it has been lovingly restored to its turn of the century glory with eight rooms and a restaurant serving excellent regional specialties.  John always extends a warm welcome to all the family members who come to Argentina.