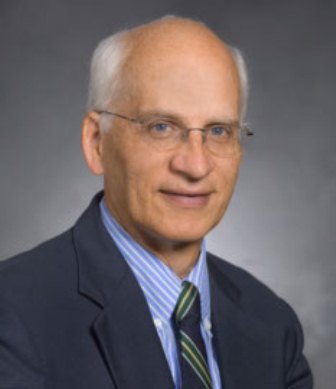 Gordon Bonnyman grew up Knoxville, Tennessee, and has a BA from Princeton University and a law degree from the University of Tennessee. As a Legal Services attorney for 23 years, Gordon represented thousands of low-income clients in a wide variety of civil matters and earned a national reputation for his expertise in health policy. His advocacy work in housing, public benefits, disability rights, nursing home reform, juvenile procedure, civil rights, constitutional rights and health law not only changed the law in significant ways, but also changed lives throughout the nation. When Congress restricted the ability of Legal Services to handle class actions and other cases for the poor, Gordon joined Michele Johnson in co-founding the Tennessee Justice Center.

A nationally-recognized advocate on health policy, Gordon has received awards for public service and advocacy from numerous organizations. When he was named Tennessean of the Year by The Tennessean in 2003, the newwpaper praised Gordon’s work on behalf of low-income Tennesseans: “By making the plight of the least in society more visible, Bonnyman has raised the bar for all Tennesseans. The state now is forced at least to look at how its fiscal and social actions affect the poorest among us before it makes a move.” In 2009 Gordon received the Morris Dees Justice Award, given to honor Dees for his life-long devotion to public service. The award is given annually to a lawyer who has devoted his or her career to serving the public interest and pursuing justice, and whose work has brought about positive change in the community, state, or nation.

Gordon says of his work. “We serve families who, in the midst of poverty, misfortune and injustice, inspire us with their courage and generosity of spirit. Working through the law, we have a chance to make a huge difference in their lives. And by ‘speaking truth to power’ on their behalf — compelling powerful government and corporate institutions to respect the legal rights of the powerless and the poor — TJC is working to fulfill our nation’s pledge of Equal Justice for All. To get to work for such people and ideals is a privilege.”

Gordon and his wife, Claudia, who is a state court judge, have one son, Houston, who is a medical resident in family medicine in Chicago. Continuing a family tradition, Houston and Gordon get away whenever they can to hike the mountains of East Tennessee.