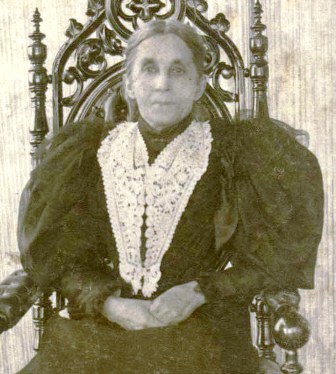 Frances Margaret Rhea Berry was born in 1838, the daughter of wealthy plantation owners, Lewis L. Rhea and Martha Holloway Rhea. Frances married Thomas Berry in Cherokee County, Alabama on April 10, 1860, when she was 22 and he was 40. After marriage, they lived on a plantation in the Turkey Town, Alabama area, a few miles east of Gadsden in Cherokee County (later Etowah County). Less than a year later Thomas enlisted in the Confederate Alabama Infantry, leaving Frances with a baby and the responsibility of running the plantation. Notable American Women describes her as “a strong-willed, managerial woman”.

Frances was the mother of eight children born between 1861 and 1878: Jennie (Eugenia), Martha, Isaac (Ike), Rebecca (Bessie), Thomas, Lila, Laura, and Frances. Following her husband’s death she received the use of, and profits from, the family home, Oak Hill, as well as interest from $15,000 in bonds during her lifetime. Frances Rhea Berry died on December 30, 1926.