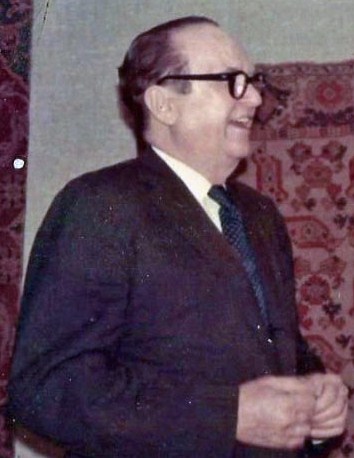 John Meredith Graham II was born in Rome, Georgia on December 23, 1905 and became a leader in the art world of ceramics, early American furniture, American silver, and pewter until his death in December 1982. He was educated at Darlington School, Washington and Lee University, and the Sorbonne (University of Paris).

John and his sister Eleanor (later Eleanor Glover) were the children of Lila Huntington Berry (younger sister of Martha Berry) and Samuel Lowery Graham of Pinewood, Tennessee. The Graham home place was directly across Highway 27 from the Berry Presidential home (Virginia Webb House) and was part of the present main entrance to the college.

John Graham II served for many years on the curatorial staff of the Brooklyn Museum and afterwards, was employed by Colonial Williamsburg as Director of Collections and Curator for 17 years until his retirement in 1969. During this time, John also served as interior decorator for Jacqueline Kennedy during the White House renovations of the Kennedy Administration of 1961 to 1963. Upon retirement, John served as advisor to the Campbell Museum (Campbell Soup Company) of Camden, New Jersey.