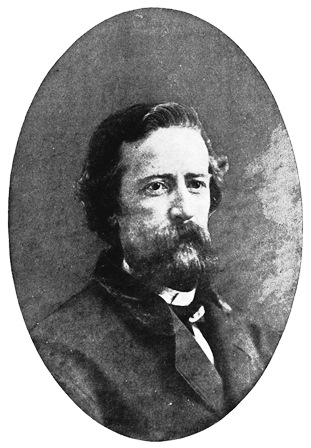 John Marshall Berry was a wholesale grocer and cotton factor in Rome, Georgia. An article in the Rome Tribune, September 1904, remembered him as one of the early friends of pioneer Romans, a most successful businessman and a faithful soldier.

The son of James Enfield and Rebecca McChesney Berry, he was born in Maryville, Tennessee. Around 1849 he moved to Rome, Georgia, where he joined his brother Thomas in business. His first wife was Tennessee J. Russell, who died in 1858, leaving a young son, George Russell Berry.

During the Civil War he fought with Company E, 8th Georgia Volunteers (formed in Rome in 1861 as the Miller Rifles) and was discharged for wounds received at the First Battle of Bull Run. He later served in a variety of capacities, including an assignment in Augusta with the Transportation Department of the Confederacy.

After the war John Marshall Berry worked as a merchant in Rome, where he was a leading member of the First Presbyterian Church, a Mason, and a member of the Democratic Party. In 1866 he married Mary Margaret Rawlins; they had four children: Varina, Henry R., John Marshall, and Mary McChesney.

Family legend holds that in the Panic of 1873 Berrys and Company was able to stay open because of the money Mary Margaret Berry had been tucking away in a cigar box. At the height of the crisis John came home and said he needed $500 to keep the business open. He could borrow $200, but didn’t know where the rest would come from. Mary Margaret told him to look in the bureau drawer, where he found the remaining $300 that would save the business.

John Marshall Berry died in 1883 and Mary Margaret in 1931. Both are buried in Rome’s Myrtle Hill Cemetery. Their sons and son-in-law Charles Scranton Pruden (husband of Varina Berry) organized and established the Rome Hosiery Mill and Berryton Mills.

photo from A History of Rome and Floyd County, George Macruder Battey, Jr., 1922