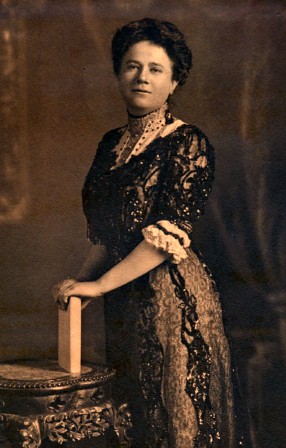 Martha McChesney Berry was born on Turkey Town Plantation in Etowah County, Alabama on October 7, 1865. She was the second oldest daughter of Thomas and Frances Rhea Berry. In 1900, Martha began her Sunday schools and day schools in the Rome area, including one at Possum Trot, a one-room chapel up in the mountains. It was from this Sunday school/day school that she earned the title “The Sunday Lady of Possum Trot” because she and Roany, the Sunday Pony, would gather area children from their homes and bring them to the church.

On January 13, 1902, Martha established the Boys Industrial School, the start of a forty-year long project that would expand and evolve into today’s Berry College. The School for Boys began as a boarding school where boys with significant financial need came to work and learn. In 1909, Martha added the Martha Berry School for Girls. All of the schools were focused on Martha’s ideal of educating the “Head, Heart and Hands” (education, faith, and work).

Martha put all of her time and energy into the creation and support of her schools. She traveled all across the United States for fundraising. Her friends and supporters included Henry and Clara Ford, presidents of the United States, Amelia Earhart and many others. Being the founder of a school was a rare thing for a woman to do during this time, but Martha was committed to her cause and worked long and hard to make her dream a reality.

Throughout her life, Martha was committed to a number of causes and organizations, and was presented with numerous awards and achievements. Martha passed away on February 27, 1942 at the St. Joseph’s Hospital in Atlanta, Georgia. However, her legacy still lives in on at Berry College.