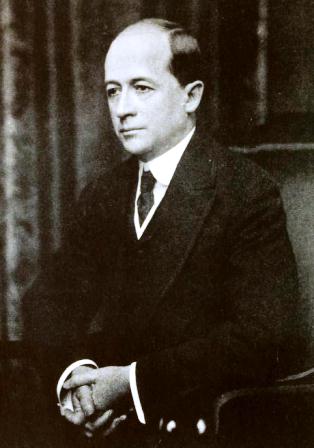 John Bulow Campbell was born in Atlanta on December 15, 1870, the son of J.B. Campbell Sr. and Margaret Virginia Orme Campbell. As a child he worked in an Atlanta jewelry store in the early hours before school and while a student at Ivy Street Public School he sold his classmates paper, pencils, and supplies to supplement his family's income. In 1886 he enrolled in Georgia Military College in Milledgeville; he graduated as class valedictorian.

After graduation Bulow returned to Atlanta to work for the R. O. Campbell Coal Company, which was operated by his brother. In 1904 he married Laura Graflin Berry, a sister of Martha Berry. They had one daughter, Virginia Orme Campbell (who later married Richard W. Courts Jr.). In 1912 Bulow was made president of the company, and from 1929 until his death in 1940 he was chair of the board of directors. During his tenure the company's name was changed to the Campbell Coal Company.

Bulow accumulated considerable wealth over his lifetime as the result of both wise long-term investments and the careful management of his business. Appreciated for his modesty and valued for his integrity, financial acumen, and industry, he was invited to serve as a director on the boards of the Coca-Cola Company, the Trust Company of Georgia (later SunTrust Banks), and the First National Bank of Atlanta.

Described as a lover of books, Bulow read widely with a particular interest in history and biography. He was a curator of the Atlanta Historical Society. He was convinced that only through the development of strong educational institutions in Georgia (and throughout the south) could the economic, social, and political problems of the region be solved. During his lifetime he was trustee, advisor, and donor to the Berry Schools, Agnes Scott College, Rabun Gap–Nacoochee School, and others. He was a leader in the movement of Columbia Theological Seminary from South Carolina to Decatur, Georgia; the institution’s library bears his name. His gifts were often anonymous, a custom that began early in his career when he provided coal to those lacking the means to pay for it.

Bulow died in 1940, leaving the bulk of his estate for the establishment of a trust foundation, today known as the J. Bulow Campbell Foundation. His daughter, Virginia Campbell Courts, was especially important in the development and operation of the foundation during her lifetime. Today Berry College has been the beneficiary of Campbell Foundation grants and The Campbell Business School honors their name.