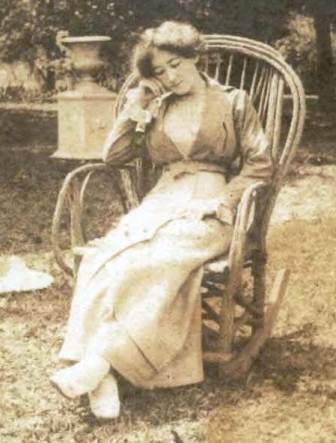 Maebelle Gordon Howel Berry was the wife of Russell Bryant Berry, who was the owner of Berry & Company Grocers in 1919. Russell suffered from tuberculosis and died at Battey State Hospital in 1938. Family legend is he was an alcoholic, gambler, spendthrift, kind, softhearted, and well-liked, and that the grocery store was a failure because he did not have the heart to refuse credit to people in need with no money, and would not force them to pay if they did not have the money. When he was forced to close the store, there were huge sums of money owed to him that he never collected. He was also blamed for losing or squandering two large inheritances of his wife Maebelle.

After Russell died, Maebelle supported her five children by starting a florist shop in her back yard called Berry Floral Company. The business was successful. During the late 40's Rome historian John Harris described her florist shop as "charging enormous prices for decorations for Christmas and marriages." Maebelle Howel Berry showed great courage and ability to cope under the most trying and difficult times. Holidays at her house, with always the most elaborate decorations, became a family tradition that is unforgettable to those who remember. She can best be described as like "Mrs. Frizzle on the Magic School Bus" except her house was the bus.