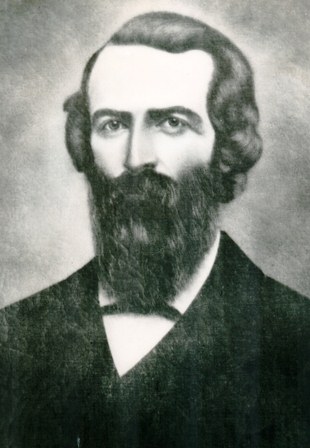 James Enfield Berry was Chattanooga’s first mayor, selected from among the seven aldermen elected by the men of that city in December 1839. He left the promising city soon after his one-year term ended.

James E. Berry, born in 1790, served for 17 years as postmaster in Maryville, Tennessee, where in 1818 he married Rebecca McChesney. James was described as a gentle and scholarly individual, who had little business sense. Although Moreland Mills, built on the east side of Pistol Creek by James and his brother-in-law Jacob Foute, survived until it burned in 1929, James’s decision to sign a large note for a relative left him bankrupt when the man disappeared. The Berry slaves were put up for sale and Rebecca opened a boarding house.  Their eldest son, Thomas, left school at age 13 to help support the family. Another son, John Marshall, joined his brother in business in Rome around 1849.

James and Rebecca moved to Chattanooga just after the Indian removal, along with Rebecca’s sister Elizabeth, and her husband William Walker Anderson. James dealt in general merchandise and grain in a log building by the river and became involved in politics in the new city. James and Rebecca were founding members of the Presbyterian Church in Chattanooga. When Rebecca and her sister both died during summer 1841 epidemic of “fever chills”; both were buried at the Gardenshire farm in a plot that became known as the Citizens Cemetery, the city’s oldest cemetery.

In 1843, James married for a second time to Araminta McLester, in Jackson County, Georgia (her home). James died in 1857 in Jacksonville, Alabama.