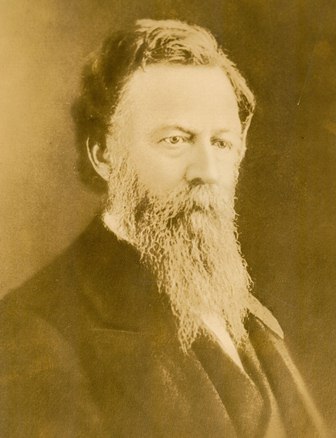 Thomas Berry was born on September 21, 1821 in Maryville, Blount County, Tennessee. Thomas served as a first lieutenant in the Battalion of Georgia Mounted Volunteers during the Mexican War. In 1849, he joined a group who departed Rome, Georgia for the California gold rush, of which he was unsuccessful.

Thomas married Frances Margaret Rhea in Cherokee County, Alabama on April 10, 1860, when he was 40 and she was 22. They lived on a plantation in the Turkey Town area, east of Gadsden. Less than a year after marriage, Thomas enlisted as a first lieutenant in the Confederate Alabama Infantry; he was subsequently promoted to assistant quartermaster and then to captain. His unit surrendered at Vicksburg, Mississippi and Thomas returned to the Alabama area where he continued serving as assistant quartermaster.

After the war, Thomas moved to Rome, Georgia and in July 1866 bought his first property in Floyd County. Wiped out by the war, he obtained a loan from prewar business friends in Philadelphia to fund his purchases, including space for a business on the “cotton block,” the southernmost block of Broad Street in downtown Rome. In July 1871, Thomas bought the Berry family home, later called Oak Hill.

Thomas, his brothers James and John, and several others were partners in Berrys and Company, a grocery distributor and buyer and seller of cotton. The company made high-interest loans to farmers, securing the loans with liens on crops and mortgages. The business was quite successful from the late 1860s to the early 1880s.

Thomas liked to go horseback riding with his daughter, Martha, and visited the local families of the highlands region in northern Georgia. A comparatively wealthy merchant and plantation owner, Captain Berry was well known in the surrounding areas; he often received requests for assistance and had a genuine desire to help his neighbors. Captain Thomas Berry died on January 18, 1887.