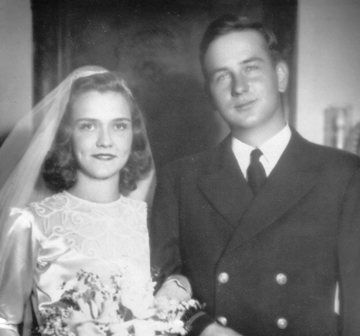 Randy Berry was the son of Martha Berry’s brother Thomas.  He was born in Rome, attended Darlington and Georgia Tech.  Randy was the Senior Vice President of International Operations for Scripto, Inc.  His wife, Anne, was active with the Cerebral Palsy Clinic in Atlanta, where there is statue in her memory.

Atlantans Randy and Anne Berry were among the 130 passengers and crew killed when Air France Flight 007 crashed on June 3, 1962 while attempting to depart Paris's Orly Airport.

The chartered flight crashed when the pilot aborted the takeoff. Of those killed 122 were members of the Atlanta Art Association, which had sponsored a month long tour of the art treasures of Europe. The tour group included many of Atlanta's cultural and civic leaders.

The Woodruff Arts Center, originally called the Memorial Arts Center and one of the United States' largest, was founded in 1968 in memory of those who died in the crash. The loss to the city was a catalyst for the arts in Atlanta, helped create this memorial to the victims, and led to the creation of the Atlanta Arts Alliance. The French government donated a Rodin sculpture, The Shade, to the High Museum of Art in memory of the victims of the crash. A large, circular marker at its base lists the names of those who died. It still serves as a memorial site for those who lost friends and loved ones in the crash. 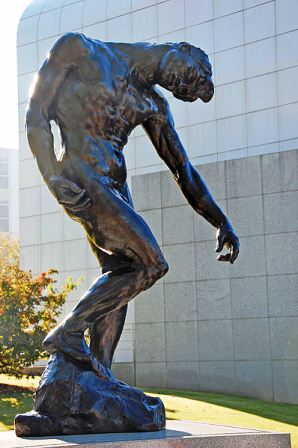 Following the crash, civil rights leader Martin Luther King, Jr. and entertainer and activist Harry Belafonte announced cancellation of a sit-in in downtown Atlanta, as a conciliatory gesture to the grieving city.

Rodin's The Shade, donated to Atlanta's High Museum in memory of the victims of the Orly crash by the government of France.